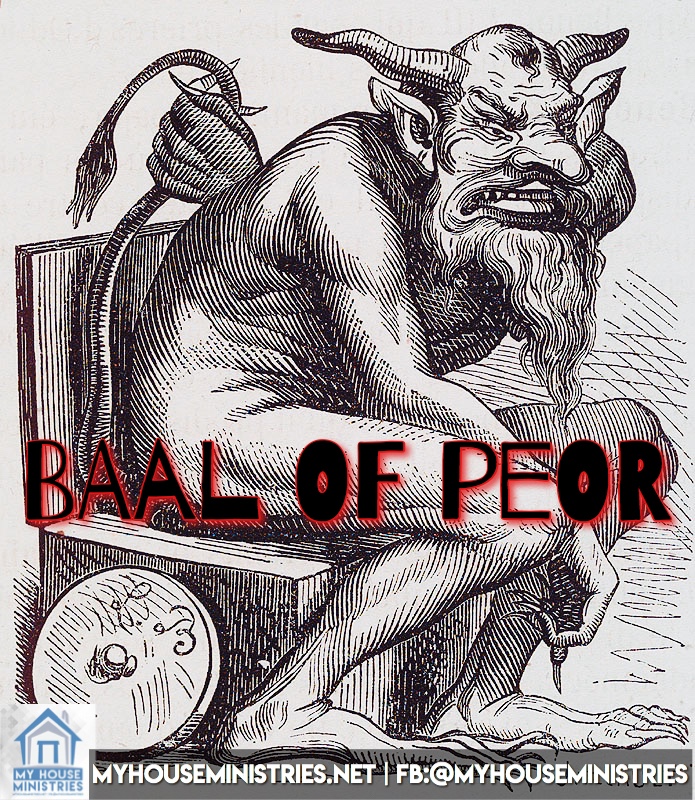 The Scriptures speak very STRONGLY of sexual sin and the defilement of the body.

“Run from sexual sin! No other sin so clearly affects the body as this one does. For sexual immorality is a sin against your own body. Don’t you realize that your body is the temple of the Holy Spirit, who lives in you and was given to you by God? You do not belong to yourself, for God bought you with a high price. So you must honor God with your body.” – {1 Corinthians‬ ‭6:18-20‬}

In reading the Weekly Scripture Reading this week, the portion concludes with some of the Israelite men defiling themselves by yoking with Moabite women and their gods.

“While the Israelites were camped at Acacia Grove, some of the men defiled themselves by having sexual relations with local Moabite women. These women invited them to attend sacrifices to their gods, so the Israelites feasted with them and worshiped the gods of Moab.” ‭- {Numbers‬ ‭25:1‬-2}

This specific event and the sexual immorality associated with it, was so severe that a plague broke out among the Israelites, killing 23,000 {Numbers 25:9}, which is how the portion ends.

It was also an event that remained in the memory of God’s people, as it was spoken of time and time again, by the guidance of the Holy Spirit, throughout the Scriptures.

“Your eyes have seen what the Lord did at Baal-peor, for the Lord your God destroyed from among you all the men who followed the Baal of Peor.” -{Deuteronomy‬ ‭4:3‬}

“Have we not had enough of the sin at Peor from which even yet we have not cleansed ourselves, and for which there came a plague upon the congregation of the LORD.” – {Joshua‬ ‭22:17‬}

“Like grapes in the wilderness, I found Israel. Like the first fruit on the fig tree in its first season, I saw your fathers. But they came to Baal-peor and consecrated themselves to the thing of shame, and became detestable like the thing they loved.” – {Hosea‬ ‭9:10‬}

“Then they yoked themselves to the Baal of Peor, and ate sacrifices offered to the dead;” – {Psalms‬ ‭106:28‬}

As with all sin, there is always an origin. For the Moabite lineage, it surrounds that of sexual sin, literally having been conceived in the midst of it.

“One day the older daughter said to her sister, “There are no men left anywhere in this entire area, so we can’t get married like everyone else. And our father will soon be too old to have children. Come, let’s get him drunk with wine, and then we will have sex with him. That way we will preserve our family line through our father.” As a result, both of Lot’s daughters became pregnant by their own father. When the older daughter gave birth to a son, she named him Moab. He became the ancestor of the nation now known as the Moabites.” – {Genesis‬ ‭19:31-32, 36-37‬}

While there is a prohibition against marrying a Moabite, found in Deuteronomy 33:3, the second chapter of Revelation seems to imply a deeper sin taking place.

“But I have a few complaints against you. You tolerate some among you whose teaching is like that of Balaam, who showed Balak how to trip up the people of Israel. He taught them to sin by eating food offered to idols and by committing sexual sin. In a similar way, you have some Nicolaitans among you who follow the same teaching. Repent of your sin, or I will come to you suddenly and fight against them with the sword of my mouth.” – {Revelation‬ ‭2:14-16‬}

So what was so vile about the Moabites and their worship of Baal-Peor that Balaam taught and caused John and many other biblical authors to write of it?

Scholars have suggested that Baal of Peor, could then be translated as lord of the openings, lord of the gap or lord of the holes.

This translational meaning and root association leads to a traditional understanding and very possibly the source of Talmudic traditions associating Baal of Peor with exposure and excrement.

(the Talmudic texts cited here are used ONLY for historical references)

The tractate Sanhedrin 64a, through Rabbi Judah, tells the story of a sick gentile woman who promised to worship every idol in the known world if she became well enough to follow through. Upon recovering from this illness, she journeyed to make well of this promise. Upon reaching Peor, she could not bring herself to follow through on her vow, as the worship was absolutely disgusting: as they were eating beets, drinking strong drink, and then uncovering oneself in front of the idol.

Rabbi Shlomo Yitzchaki, known as Rashi, comments on Numbers 25:3 stating that because the people would uncover before it, the end of the rectum, and bring forth excrement; this is its worship – therefore the place was called Peor.

These disgusting acts were then associated with and used in sexual practices.

To bring this idea and topic full circle, the Septuagint translation renders Baal of Peor, Beel-phegor, which is a known demon and one of the seven princes of hell in demonology.

In the Merriam-Webster’s Encyclopedia of World Religions, the photograph associated with this post is found for Belphegot, [Beel-phegor], seating this demon god on a toilet.

Coincidence? You be the judge, testing ALL things to the Word of God.

If true, this shows us the serious depravity of the people that the Israelite nations encountered and the severity of yoking with them and following the despicable ways of worship that revolves around their gods.